Lama Shenpen is from a wonderful lineage of many of the most distinguished teachers of the Karma-Kagyu and Nyingma schools of Tibetan Buddhism.

The Awakened Heart Sangha is centred on Lama Shenpen as the representative of the lineage as the source of living transmission – the power of the living truth passing from person to person. Lama Shenpen has been authorised by all her teachers, in particular Khenpo Tsultrim Gyamtso Rinpoche, to give transmission of Mahamudra.

Following meditation instruction from Trungpa Rinpoche who told her to go to India, Lama Shenpen Hookham received teachings from Karma Thinley Rinpoche, Bokar Rinpoche and Kalu Rinpoche, she took ordination as a nun from H.H. 16th Karmapa in India, who subsequently asked her to return to the West to teach. 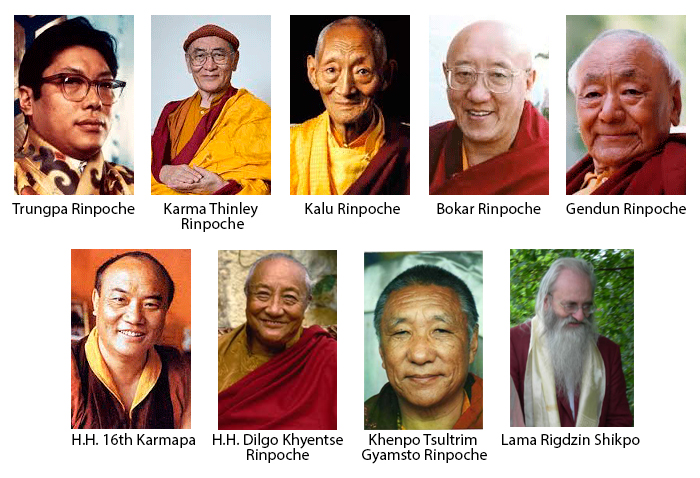 Having spent several years as a translator for Gendun Rinpoche, she met her current teacher Khenpo Tsultrim Gyamtso Rinpoche, one of the foremost living teachers of the Kagyu tradition of Tibetan Buddhism, a great scholar and master of meditation.

H.H. Dilgo Khyentse Rinpoche advised Lama Shenpen to establish The Hermitage retreat centre in North Wales, and to build an enlightenment stupa. He had intended to visit and bless the stupa himself but died before he was able to.

Lama Shenpen is currently working on book of her life story which includes many stories of her teachers, from her time in India as a nun and as a translator. Selected stories will be posted from time to time on this website.

Here is a short video of Lama Shenpen talking about the importance of meditation mentors, transmission and lineage:

You are invited to make a donation to the Shrimala Trust in appreciation of Lama Shenpen’s teachings. It is customary in Buddhism to practice generosity or ‘Dana’, making an offering to the teacher acknowledging and appreciating the generosity of the teachings, creating an energy exchange that augments the mandala.